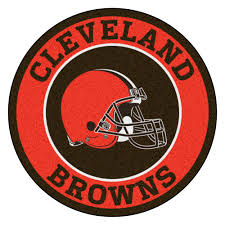 Randal graduated from Strongsville High School in 1983, then went on to college where he first obtained his degree in Nursing and then his degree to become a Physician’s Assistant.  He was employed at many hospitals; he worked mainly for UH Elyria Memorial where he dedicated 25 years in the ER; over the years he also worked at Fairview Hospital, Lutheran Hospital, Avon Hospital and University Hospital Case Medical Center, mainly in the Emergency Department.

Randal had many interests and hobbies: while he enjoyed home brewing he thoroughly enjoyed “breweriana” and his vast collection over the years was simply amazing; he would go to shows and buy, sell and trade with other breweriana enthusiasts; he enjoyed supporting his favorite sports team, The Cleveland Browns; and he also enjoyed collecting stamps and coins.

Randal is survived by his loving children: Nicholas and Katherine Hinkle, his brother, Tim (Rachel) Hinkle and his dear friend, Patty Gargalianos.

He is preceded in death by his parents.

To send flowers to the family or plant a tree in memory of Randal Douglas Hinkle, please visit our floral store.