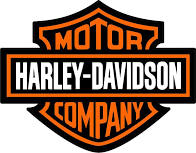 He was married to the love of his life Yvonne (Evans) Prine, who very sadly passed away on September 21, 2020.

Jack was a 1984 graduate of Jefferson High School.

He worked as a painter in the union for many years, doing industrial painting before his retirement.

Jack lived in Jefferson Ohio for some time, before settling in Geneva Ohio, where he and Yvonne raised their family. He loved spending time with his children and would do it as often as possible. He enjoyed going to his favorite places to eat. He enjoyed going on bike runs on his Harley. Another enjoyment was getting covered in mud while trail riding on his T-Rex; hanging out in his garage with friends working on his 1978 Chevy square body truck, listening to his favorite classic 80’s Rock and Roll. He also loved to spending time at his cabin in the mountains of Pennsylvania during summer and Fall months.

Jack is survived by his daughter Cathryn Prine of Ashtabula; two sons: Robert Prine and Nathanial Prine both of Geneva Ohio. His brothers: Timothy Prine and Charles Prine both of Jefferson, Ohio and James Prine of AZ.

He was preceded in death by his parents; his loving and devoted wife Yvonne who passed on September 21, 2021; and a sister Christine Pestello.

In lieu of flowers please consider making donation to the American Cancer Society, in Jack’s name.

The family would also urge anyone who hasn’t gone to get their Covid-19 vaccination to please reconsider.  As he struggled in the hospital to get better, he stated himself that he wished he would have done it himself.  He passed away 2 days before the one-year anniversary of his wife’s passing.  While he has rejoined his wife in Heaven he does believe the vaccine could have helped him and he would still be here with his family on Earth.

To send flowers to the family or plant a tree in memory of Jack Robert Prine, please visit our floral store.